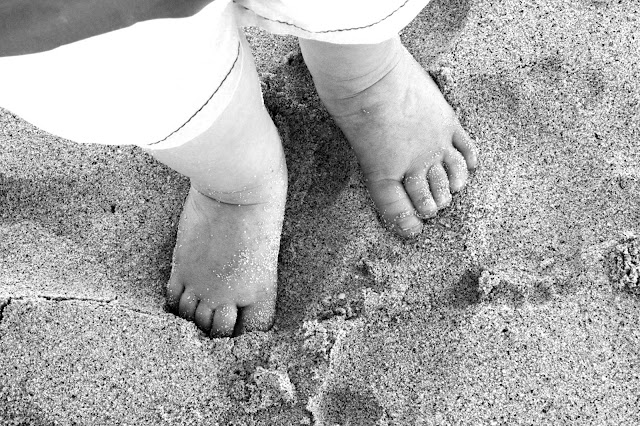 As soon as I came to the letter 'F' I immediately knew I wanted to got some good pictures of tiny baby feet in the sand in Hawaii! But, Boogie had other plans.  He absolutely hated the beach!  I've mentioned before that he's my little "OCD" kiddo. He's also very unsure and timid in new environments (ie: huge, loud waves flying at him). This much "newness" and "mess" induced a total panic attack in my little one. He all but refused to even put his feet in it.  We finally got him down for long enough for me to get one shot of his feet in the sand...one!


We went to two different beaches while in Hawaii.  This picture is at the first beach.  After being there for awhile, he finally warmed up to the idea of sand and started putting his hands in it (very, very far away from the water of course!).
Posted by courtney at 2:07 PM

Email ThisBlogThis!Share to TwitterShare to FacebookShare to Pinterest
Labels: photography